Can I seriously be proposing to write a travel post about a trip we took more than ten years ago? Apparently I can, though not necessarily in one sitting: this has been a Work in Not-very-much Progress since around the time of my birthday in April.

Ten years before we had spent a week on the Antrim coast. Our aim was to spend my significant birthday on the Giant's Causeway, and so we did, but my notebook for the day itself says simply "The Giant's Causeway in 106 pictures (plus some I prepared earlier)" I have not yet worked through those 106 pictures, but I'm ready to post a selection of those I took the day before my birthday, when we drove west into the South. Irish geography being, as it is, a product of history and politics, the southernmost point of the island - Malin Head, of Shipping Forecast fame - is not in Northern Ireland but in the south, the Republic, and to get there we drove west from our base by the Causeway. But we stopped off on the way, at Downhill Demesne, which - but I won't rush straight to the highlight. Here's an appropriate entrance, to lure you through the cut: 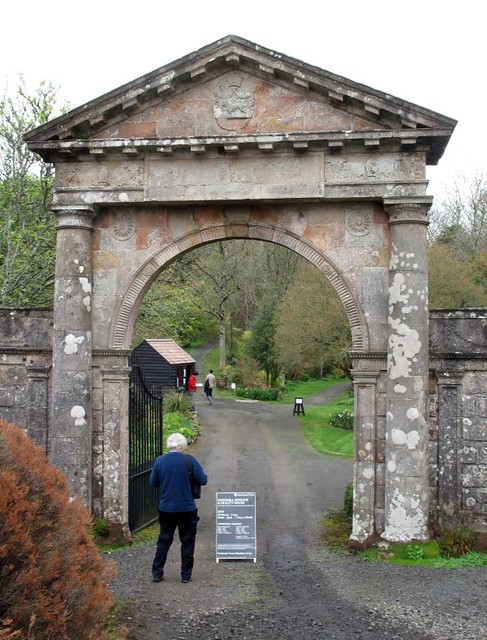 This seems to haveexhausted my note-taking ability for the week. The next day, as I said, I wrote only "The Giant's Causeway in 106 pictures (plus some I prepared earlier)", and the following day, when we visited Rathlin Island, I wrote nothing at all. Maybe the photographs will reveal all, eventually. This entry cross-posted from Dreamwidth: comments always welcome, at either location.
Collapse